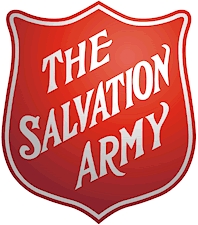 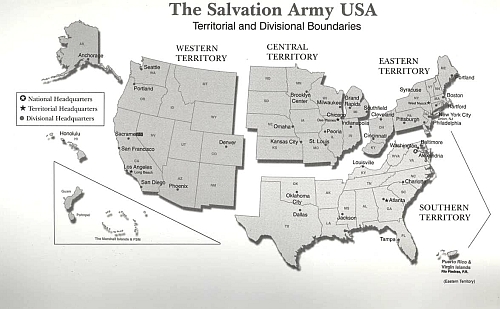 Three other Salvation Army USA Territories serve the Western, Central, and Southern regions of the country. All territories are supervised by The Salvation Army National Headquarters in Alexandria, Virginia.

Our Eastern Territorial Headquarters is located in West Nyack, NY, and operates under the leadership of Commissioner Lawrence R. Moretz. This administrative headquarters oversees all operations and programs for service-providing units of The Salvation Army within the Eastern Territory.

To effectively minister and serve within such a vast area, the Eastern Territory is divided into 11 Divisions, each headed by a divisional commander. Divisions are comprised of corps community centers (Salvation Army churches) and other specialized service centers. Corps community centers are the most basic service units of The Salvation Army, providing religious and social services adapted to the needs of their communities.